A virtue is a quality considered morally good in a person. Things like patience, kindness and compassion, It’s what was taught well in school long ago, but it now tends to be forgotten, or displaced by sex education and learning how we all came from apes. Some claim we need to avoid sin. Don’t go to the bar, don’t have sex with your girlfriend and don’t curse. 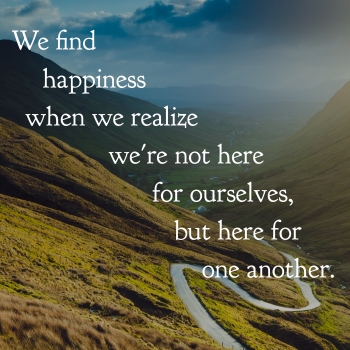 We look down on those who make mistakes, live carelessly and maybe even free. Is that the way it was intended? We all make mistakes. We were meant to be free. Those who think they are dancing around sin are often still making their quota just as everyone else, whether it’s their wall of protection or their avoidance of people because they don’t fit into their spectrum of who a person should be. One of the greatest things I have ever learned was when I found I we find happiness when we realize we’re not here for ourselves, but here for one another. There are temptations and folly for everyone. We might avoid one, but we can’t resist the next. We hurt each other. We stumble, we fall and it’s all good. It’s how we learn, grow, connect and relate to others and stay humble from it all that really matters. Then there are those who fall into the patterns of sin, and don’t learn from their mistakes. They know the consequences of not valuing virtues, probably better than most. They’ve felt the pain, again and again. Some might say, they need to avoid sin to get out of the rut, but what about them simply choosing virtues? Virtues these days are all too underrated. When a person values virtues like acceptance, self-control, commitment, honesty, loyalty, patience, dignity, kindness, reverence, forgiveness… love it’s a sustainable solution. When you uphold virtues you steer yourself clear of a lot of trouble and pain. Virtues are kind of like maintenance on a car. If you change the fluids on a regular basis and get the tires rotated, your car is going to go longer and faster. In knowing what we value, we must also identify our temptations, and make ourselves aware of how they can hurt us… and others. Calvary is a powerful, thought evoking film about a small and troubled town in Southern Ireland. The film is based around a good-natured priest attempting to help its citizens with their unique situations and problems, particularly 12 characters (oddly in parallel to the 12 Disciples), including his own daughter. When we goes to them to help they curse him, lie, laugh and continue on their ways as if he never visited them. 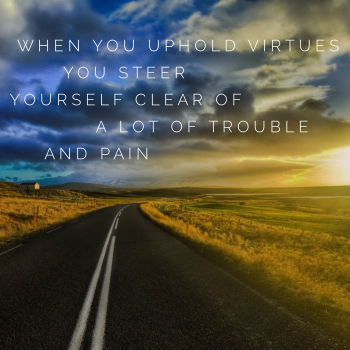 They are stubborn and too deep in sin to realize their own demise is inevitable. The story get’s interesting when the priest’s church is burnt down, followed by someone murdering his dog and the other jaded priest leaves. We see a scene with the priest reflecting on the situation, “the one thing we underestimate most, is forgiveness.” The film ends with the priest’s daughter talking through the glass of a prison visiting room with the man who murdered the priest. The man murdered the priest was because he was raped as an alter boy by a priest. The only way he felt he could get payback was to kill a priest, but it couldn’t be the same priest or just any regular priest. It had to a good-natured and innocent one, like he believed he was as a boy. Clips of the 12 citizens committing the same sins; sliding closer to death are shown at the close. It leaves the viewer with a haunting reminder: discipline your virtues or get ready to pay the consequences.

One thought on “Discipline Your Virtues”